A world class destination for skiing, with a reputation for both amazing slopes and excellent après ski.

Although there are nursery slopes by the village, few reviewers recommend St Anton for beginners as most of the terrain beyond those nursery slopes is too challenging for most novice skiers or boarders. However if you are learning to ski you will start with the basics and your instructor will guide you down the easiest routes.

One of the best there is in terms of child care provision with resort-approved babysitters; various British-run nanny agencies; a ski-school run kindergarten right by the main St Anton Galzig lift station from age 2.5, then ski school lessons and even the option of hiring a tutor to teach and look after your children at the same time.

St Anton shares the amazing Arlberg ski area with several other resorts, most famous of which are neighbouring Lech and Zurs. The Arlberg was fully interconnected just a few seasons ago thanks to a huge investment in state-of-the-art lifts, creating the biggest ski area in Austria.  Most skiers already believed St Anton had the best skiing in Austria (and some would say the whole world) with its challenging on and off piste terrain.

Just over an hour by road from Innsbruck airport, St Anton is one of the quickest resorts to access, making it perfect for families with those who get car sick. A big part of the appeal of St Anton is that despite its global importance in the skiing world it has changed very little over the years and managed to maintain its traditional Tyrolian village feel and warm, welcoming atmosphere.  Centred on the pedestrianised main Dorfstrasse street, lined with cafes, boutiques, restaurants and hotels. With the Rosanna River running through the heart of the resort and a 17th century onion-domed church luckily St Anton’s has maintained its charm and any expansion has to some extent been limited by the steep mountains rising on either side of the valley.

St Anton usually has a great atmosphere around its bustling main street, which is quite often snow covered – the region has one of the best snowfall reputations in Europe averaging seven metres of snow a year.  In the evening St Anton famously takes the apres ski up a notch further than most other resorts to create its infamous, party atmosphere.

Whilst St Anton is normally referenced for its incredible skiing and great apres ski, it should also be noted that the ski lift company has not rested on their laurels and the Arlberg region boasts a very impressive high-speed, comfortable lift network to quickly whisk you up the slopes and to the far reaches of the increasingly large ski region which now goes beyond Lech and Zurs to the small ski areas of Warth and Schrocken, should you fancy a bit of an excursion.

There is a fantastic range of St Anton accommodation on offer with something to suit all tastes and group sizes. Many St anton luxury chalets are catered to an extremely high standard or those looking to dine out can choose from a number of modern self-catered apartments. 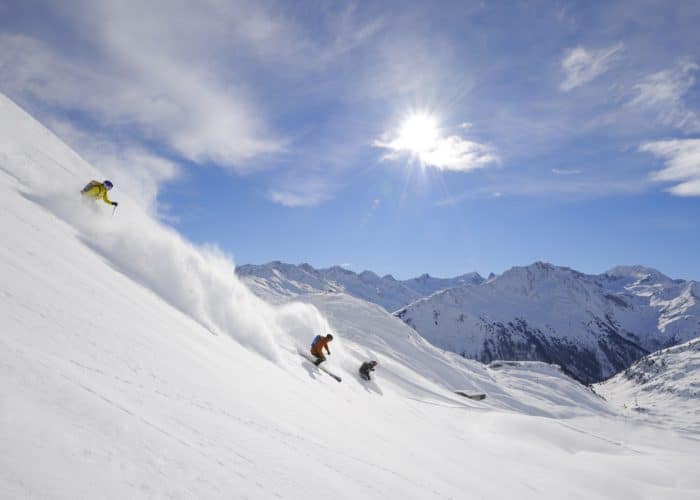 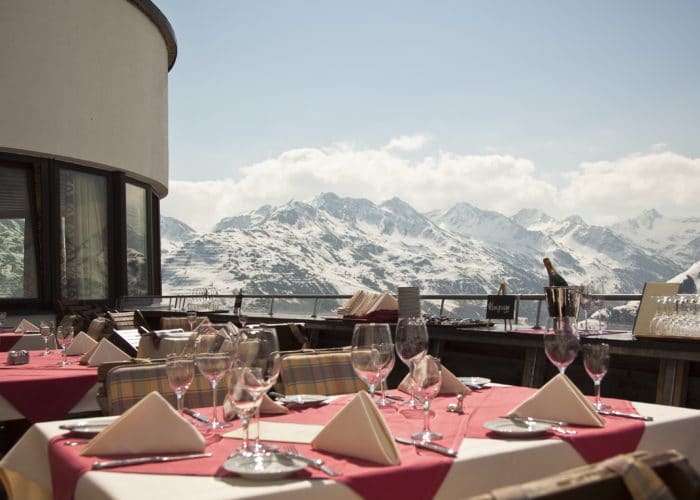 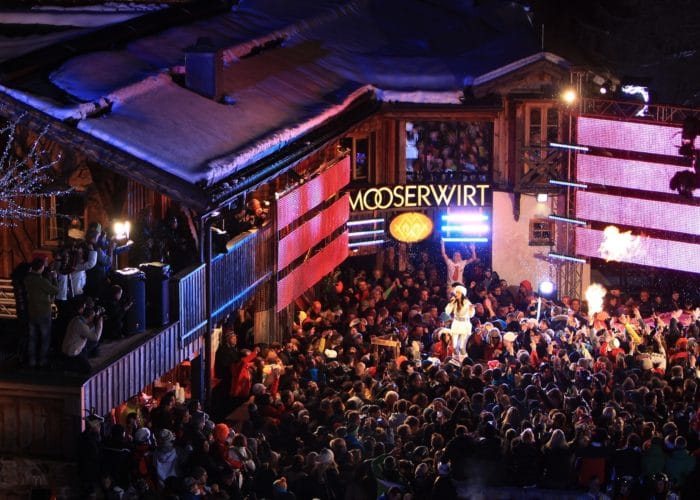 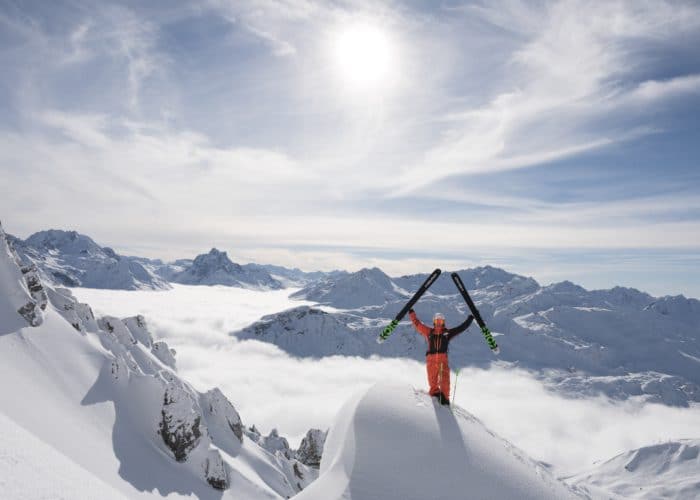 St Anton’s ski area is world famous, primarily for its exciting slopes, on and off piste, which puts it on the world’s ‘must ski’ list for good skiers along side resorts like Chamonix, Jackson Hole and Verbier.  It also has a good snow reputation, often coming in the top five Austrian resorts for snowfall and snow depth, beating several of the higher glacier areas and underlining its reputation for off piste powder.

On top of the 50km or so of groomed black runs on the Arlberg Pass the area has a further 200 km of marked off-piste and challenging steep slope terrain.  Of these, the Valluga north face descent to Zürs is world famous, and on the list of ‘must ski’ off-piste descents. Unlike many tricky off-piste areas it’s also lift accessible, as long as you have a mountain guide with you.

The commonest complaint amongst intermediate skiers who simply want to rack up the kilometres on nice easy to moderate groomed runs is that St Anton doesn’t cater so well for them. Especially as the run down to resort centre can often be heavily moguled and busy. That may still be true to some extent but the recently completed lift connection to neighbouring Lech means that on top of St Anton’s pool of blue-grade slopes there’s now quick and easy access to much more moderate-grade terrain in Austria’s largest ski area from St Anton.  In fact altogether there are about 90 miles (140km) of groomed blue runs.

It’s perfectly possible to learn here with some excellent ski schools and nursery slopes. These are located around the Nasserein base area on the far right side of the village and at Gampen just at the top of the main Galzig gondola.

The separate Rendl sector has lots of beginner friendly terrain and has been made much easier to reach in recent years by the creation of the new Rendlebahn lift with its base  station is in the centre of St Anton.

As with beginners St Anton is perhaps not a first choice for families and yet there is much better provision of childcare here than at many smaller resorts. You have the choice of various British-run nanny agencies of which there are more than half a dozen and an in resort creche  run by the ski school right by the Galzig gondola which provides childcare for children aged two-and-a-half or older.

St Anton has a long-standing reputation as one of the skiing world’s great party towns.  This reputation is built on famous establishments like the Krazy Kangaruhs, Heustadl, Taps and Mooserwirt which draw huge crowds of happy skiers each afternoon.

There are though, many more, both at the base of the slopes, and in the village, like Anton Bar and Murmell, where the party atmosphere kicks off only slightly later than at the slopeside bars, and can continue through to the small hours before you know it.

If you are looking for somewhere with great cocktails then Anthony’s hotel has the Happy Valley Steak & Shake’ bar or try the Galzig bistro bar just by the lifts. On the main high street head to the Bodega bar for tapas and delicious red wine, but be warned it is so popular it’s tricky to get a seat.

The Hospiz Alm (arlberg1800resort.at) on the slopes up at St Christoph is one of those that must be visited during your stay in the Arlberg. Traditional Austrian fayre but so popular you may need to fight for your table if you haven’t managed to reserve one.

By contrast the cool little Galzig Bistrot bar (galzigbistrobar.at), is more centrally located at the bottom of the Galzigbahn in the heart of St. Anton.  Kit also has a great menu and (normally) fast service.

The Rodelalm (rodelalm.com) above Nasserein has a great reputation and good views. Wholesome lunchtime specialities include knuckle of pork, Tyrolean “Gröstl”, “Kaiserschmarren” pancake.

The cosmopolitan ‘Happy Valley Steakhouse’ is located in the chic and modern Anthony’s hotel just off the main high street, and offers an all-American feel with live acts, Dj’s and plenty of  american classics including steak, burgers and ribs.

‘Ooben im Mooser’ restaurant and bar is the eaves of a former dairy and cowshed, but manages to pull off New York style glamour all served alongside wonderful Tyrolean and Austrian cuisine with a focus on international and creative flavours.

The Museum (museum-restaurant.at/en) which was used as a location in the film Chalet Girl is one of the most popular fine dining establishments in town. Located above the Galzig lift on the home run it offers a wide ranging menu including Austrian specialities.

Having had the monopoly in resort for many years, you don’t get much more of a pedigree than the Skischule Arlberg (skischool-arlberg.com) which was founded by “the father of alpine skiing,” Hannes Schneider, In 1921.

Ski School St Anton (skistanton.com) is the village’s other big ski school besides the Arlberg. It offers the full range of group or private classes as well as off piste tuition and guiding. 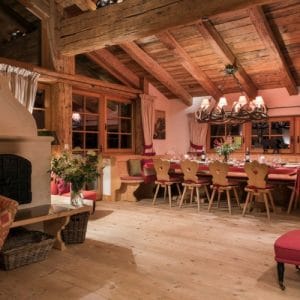 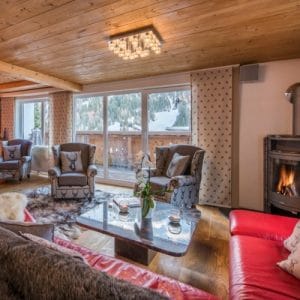 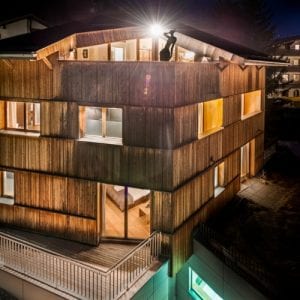 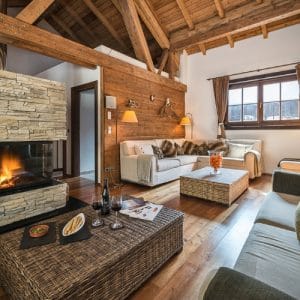 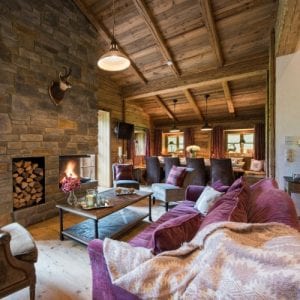 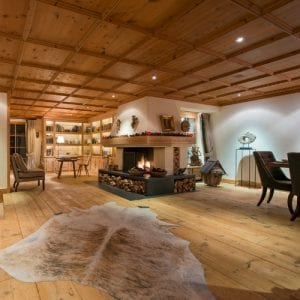 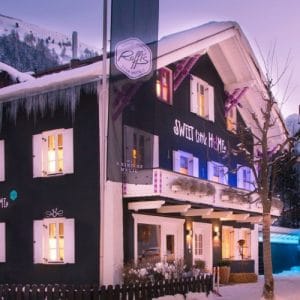 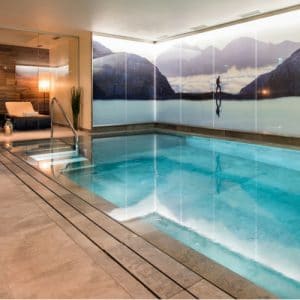 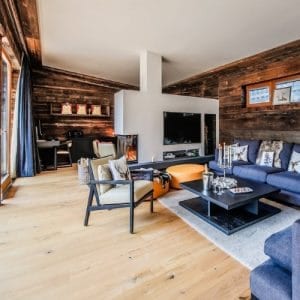 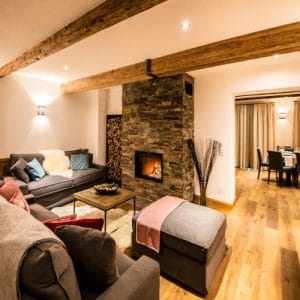 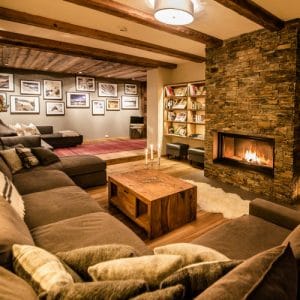 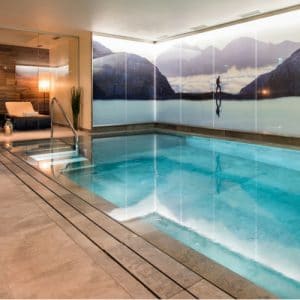 /@thechaletedit
Places we would rather be 🙌 What's your favour

With years of experience we put you first and unde

Just another day in paradise @valdIsere . 📸: @

Skiing is optional when your bedroom is this beaut