A picturesque alpine town just an hour from Geneva, with a reputation established over decades as one of the world’s most family-friendly ski resorts, with plenty to do off the slopes for all ages.

Les Gets Village at Night. Photo Credit:V.Ducrettet/OT Les Gets

A good choice for beginners thanks to it’s friendly, relaxed atmosphere and great facilities for first time skiers and boarders including a dedicated learning area at Chavannes just above the village, accessed by a new high-speed chairlift.

Les Gets is a very traditional French resort connected to the vast Portes du Soleil ski region which boasts 650km of slopes interconnecting the ski areas above a dozen villages including several over the Swiss border.  It’s perfectly possible to ski in to Switzerland for a hot choc or spot of lunch then ski back in the afternoon.  Les Gets has a reputation as a very genuine and friendly community, which is part of the reason it’s so popular with families.  The other part is that there are also great facilities and extra attractions for children to complete the package.

Les Gets is a mid-sized resort of mostly traditional chalet-style buildings with a good selection of bars and restaurants and plenty of shops too.  Unlike the high-altitude resorts in France, it’s a genuine community that existed as a dairy-farming community long before the first skiers arrived in town, and continues year round (the massive Crankworx mountain bike festival makes one of its two European stops on its world tour here each summer).

Les Gets has a laid-back vibe and whilst it does have lively night spots and there’s some steep and deep terrain to be had in some of its sectors, this is really not a resort for the hardcore skier, or apres skier.  It should also be noted that it is on the periphery of the Portes du Soleil so you have to ski that bit further to make it over to the Swiss side than, say, those staying in Morzine.  Not that ‘more skiing’ is considered an issue for most people on a ski holiday. A final point of note for Les Gets is that it is also one of the leading ski areas fighting against climate change, with a long list of initiatives instituted by the community to do all they can to cut CO2 emissions locally. 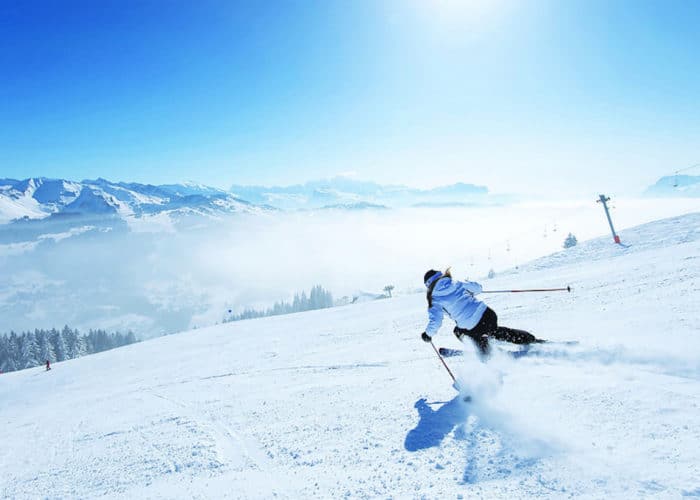 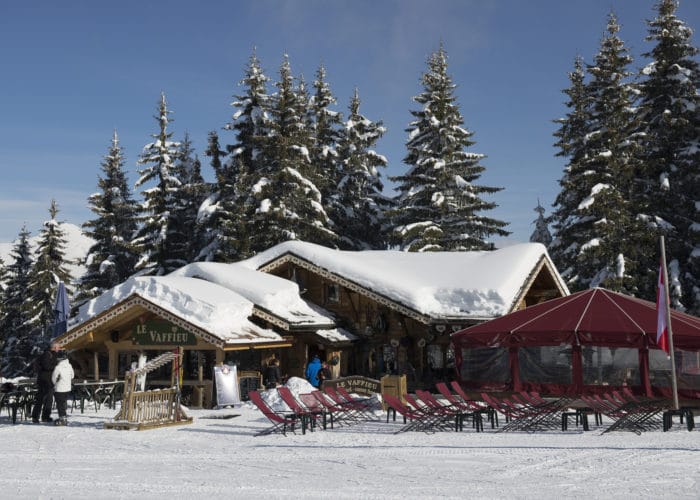 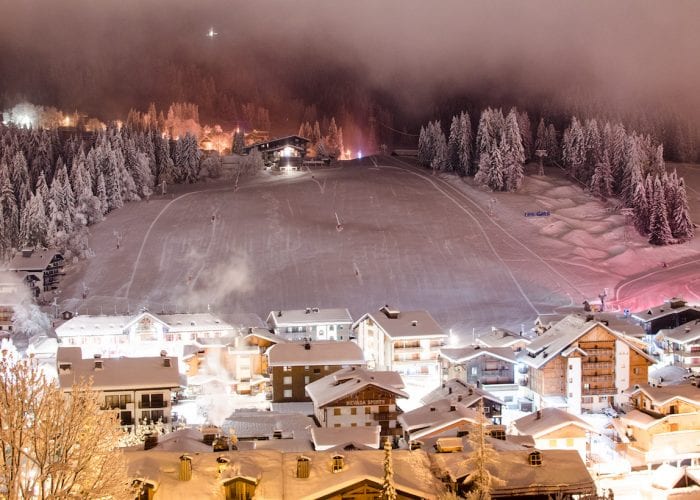 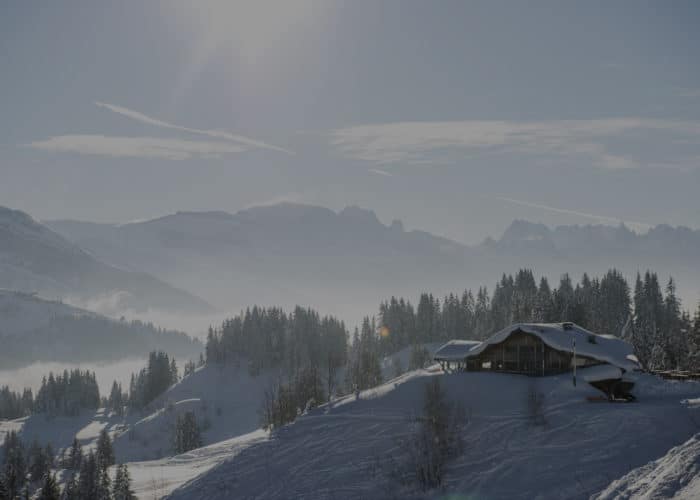 You have a choice of two main ski areas each morning from your based in Les Gets.  There is the resort’s ‘own area’ Mont-Cheri, or the Chavannes Bowl which connects to the rest of the Portes de Soleil area via Morzine.

Both have their pros and cons – Mont-Cheri is as great area for beginners and intermediates with plenty of blue and red runs as well as various terrain and kids fun parks. The off piste skiing over the back of the mountain is also regarded as a bit of a ‘secret stash’ for experts when conditions are good.  However more experienced skiers are likely to head for the Chavannes Bowl which has more black-rated runs (along with plenty more blues and reds) and the connection on to the wider Portes du Soleil, allowing them to head through Morzine up to Avoriaz and on to the famous black ‘Swiss Wall’ run that connects France and Switzerland.

Les Gets really puts a focus on facilities for children like no other French resort and it’s here that a lot of smaller British tour operators that primarily focus on holidays for families with young children have been basing themselves for decades.

Beyond the municipal nursery (Les Fripouilles, which takes babies from six months to children aged  four years) and various ski school options (Lessons available from age three and a great ‘snow garden’ for first lessons and play) there’s a full program of fun packed children’s activities and facilities including cinemas, bowling, ice skating and the bizarrely unique but great fun mechanical music museum.  For slightly older skiing children there’s a brilliant wild west themed snow play area on the slopes too. Then there’s Isobel the chocolatier and her sweet making classes – worth visiting Les Gets for her amazing creations alone.

Of course there are also private nanny and baby-sitting services available through a number of agencies and some chalets offer in-house childcare too.

Adult beginners will like the relaxed and friendly atmosphere on and off the slopes at Les Gets too.  There a special beginners area on the Chavannes side, called ‘Mappy’s Area’ with very gentle slopes and easy to use conveyor and rope lifts for getting back up the slopes then plenty of green and blue easy slopes to progress on to.

Les Gets has an informal apres ski scene – on the one hand often livelier and jollier than many of the purpose built French ski resorts, on the other not so much hedonism as Chamonix or Val d’Isere or even neighbouring Morzine.

That’s not to say you can’t do a little ski boot dancing, indeed it’s pretty much expected of you if you head to the Irish Pub (“Le Pub Irlandai”) which actually brews its own beer as well as obviously selling a lot of Guinness, or the Black Bear (Canadian Bar) above it.

There are plenty of other good bars in the resort, many full of Brits, and if you do need a full dance floor (once you’ve got your ski boots off and changed in to something more sensible for strutting your stuff at 2am) there’s L’Igloo nightclub (igloo-chaletclub.com) which claims to have been in business since 1938.

Le Vaffieu (+33 4 50 79 09 43) is a very popular choice near the Pleney lift.  Good mountain food with some great vege options – often difficult to get a table unless you’ve booked.

La Païka (restaurant-lapaika.com) located on the slopes of La Turche slopes in Les Gets is an authentic French restaurant with a terrace drenched in sunshine offering unspoiled views across the valley. Specialities include meat, poultry and fish grilled on the wood-fired barbecue and there’s a sumptuous buffet of home-made desserts

Las des Neiges –  is the newest restaurant on the ever-evolving restaurant scene in Les Gets owned by two Michelin trained chefs and it gets great reviews for it’s wonderful service and innovative locally inspired menu.

PDS Ski School (https://pds-academy.co.uk) have been booking lessons for our clients since our conception. Their friendly can do approach means nothing is too much trouble and they will always fit lessons and children’s ski groups around your needs. All of their instructors hold their BASI ISTD level 4 qualification and French equivalent which helps clients reach their goals.

Les Gets Snowsports (LGS) (www.skischool.co.uk) have been operational since 2006 and have an excellent selection of friendly British instructors holding International ski teacher diplomas (BASI level 4 ISTD) who all love what they do and genuinely care about your time on the snow. Well worth contacting.

Ski Beyond (skibeyond.co.uk) is a small specialist British-run ski school that teaches adults or children with private or small-group lessons.  All abilities taught but specialises in taking existing skiers to a higher level with, for example, classes to help you conquer a fear of skiing ice or preparing you to master moguls. 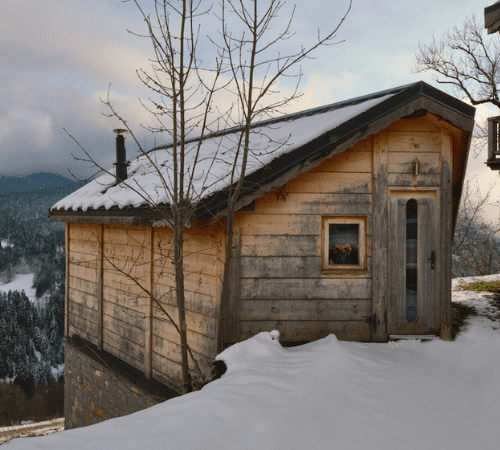 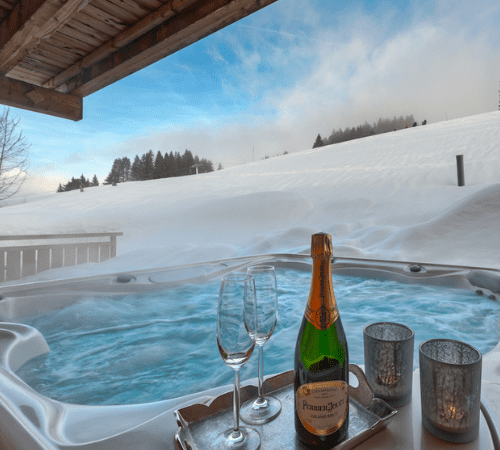 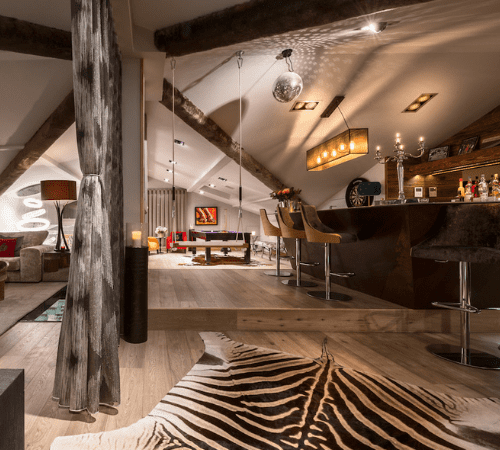 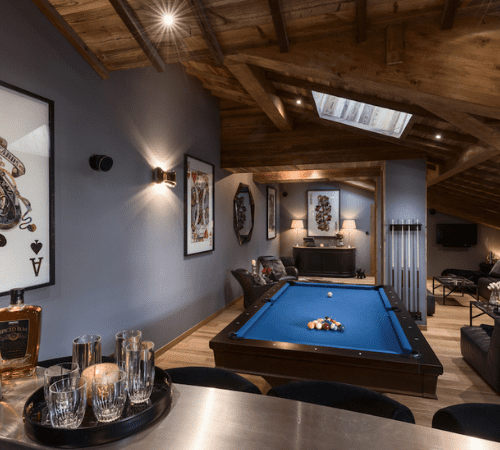 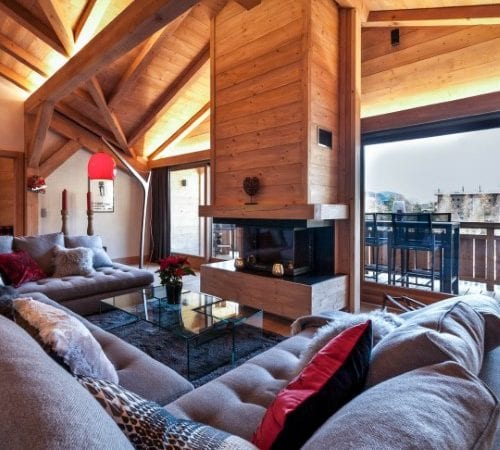 THE PENTHOUSE, LES GETS, FRANCE 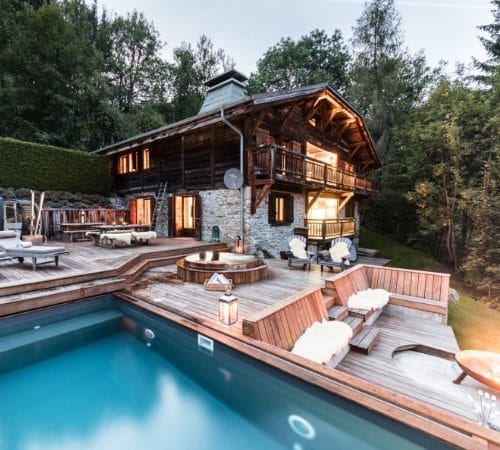 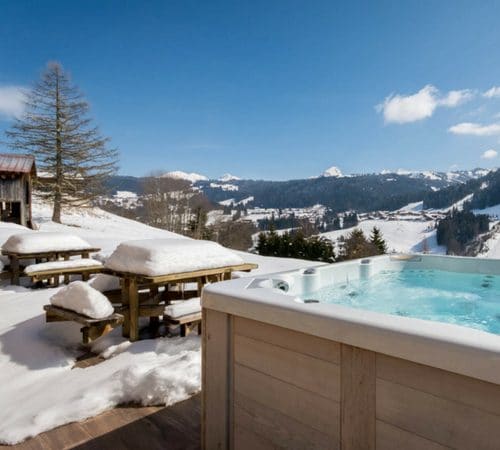 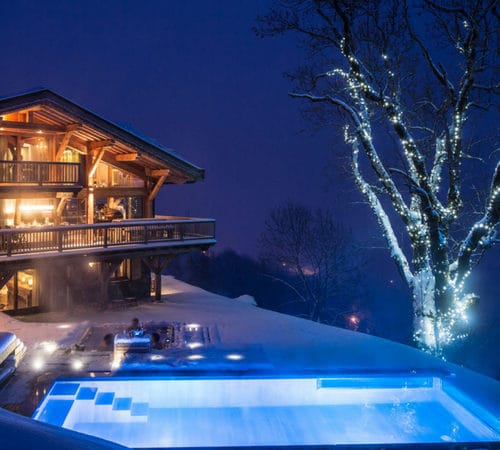 /@thechaletedit
If you are searching for something to look forward

As we bid fair-well to another #Winter season in t

There is no better place to unwind than outdoors o

After a long day on the slopes there really is no

Bursting with Swiss charm, Zermatt is a paradise f